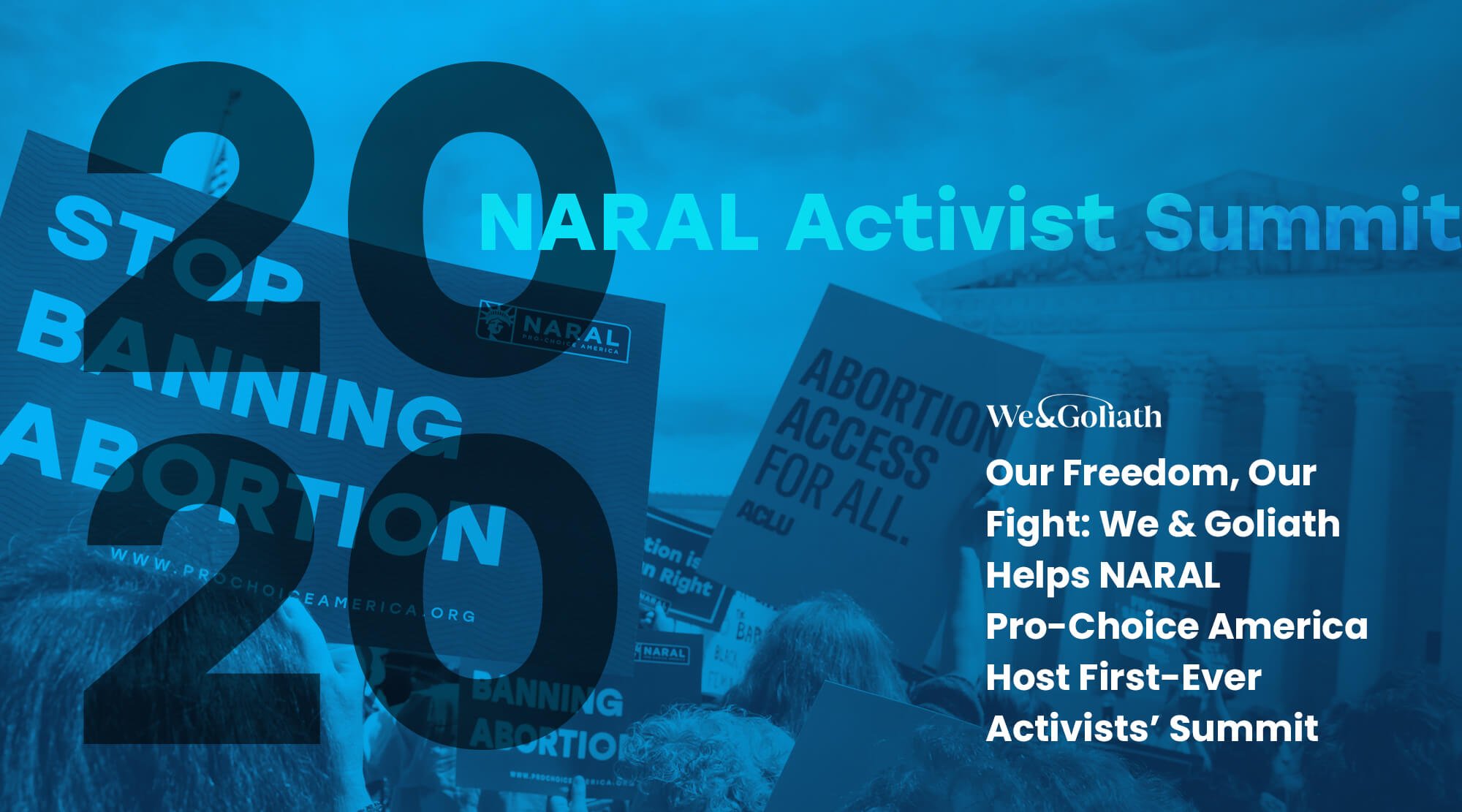 WASHINGTON, DC — NARAL Pro-Choice America is hosting its first-ever Activists’ Summit, “Our Freedom, Our Fight,” this weekend (Saturday, August 8 and Sunday, August 9) to engage, train and mobilize hundreds of NARAL members as NARAL ramps up its voter contact efforts in the final 80+ days before the election. NARAL President Ilyse Hogue and other NARAL leaders will be joined by Senators Cory Booker, Elizabeth Warren, and Jeff Merkley, along with U.S. Senate candidate Jaime Harrison and leaders and experts in the progressive movement.

The summit aims to educate, engage, and empower reproductive freedom activists and supporters from every part of the country, giving them the tools they need to fight back against attacks on abortion access and elect champions for reproductive freedom. The summit will feature workshops on core campaign tactics like hosting voter contact parties, phonebanking, and combating political disinformation.

The Activists’ Summit is the latest effort in NARAL’s largest-ever electoral program that plans to invest $34.7 million toward integrated organizing, communications, digital, and political programs designed to target races up and down the ballot across several key states in this consequential election cycle. NARAL has shifted its organizing entirely to a virtual format in the face of the still-raging COVID-19 pandemic and over the past five months, NARAL organizers and volunteers have hosted voter contact parties, phone banks, happy hours, and fireside chats with NARAL-endorsed candidates for elected office.

We & Goliath is proud to support NARAL with virtual event production and management for their first-ever virtual conference.

NARAL Pro-Choice America and its network of state affiliates and chapters are dedicated to protecting and expanding reproductive freedom for all. For more than 50 years, NARAL has worked to guarantee that every woman has the right to make personal decisions regarding the full range of reproductive choices, including preventing unintended pregnancy, bearing healthy children, and choosing legal abortion. Since 1969, NARAL has made history, grown to over 2.5 million members, and met the moments that have defined this fight with action, power, and freedom. In recognition of its work defending our constitutional right to choose, Fortune Magazine described NARAL as “one of the top 10 advocacy groups in America.”

Explore Our Work
PrevPreviousHow to Organize an Impactful Virtual Conference or Summit (Training & Checklist)
NextA Get-Out-the-Vote Digital Powwow – Because voting while Native is Complex Yet Necessary!Next

EVENT MARKETERS: Why People Aren’t Signing Up For Your Event & What to Do About It (Without Spending a Dime)