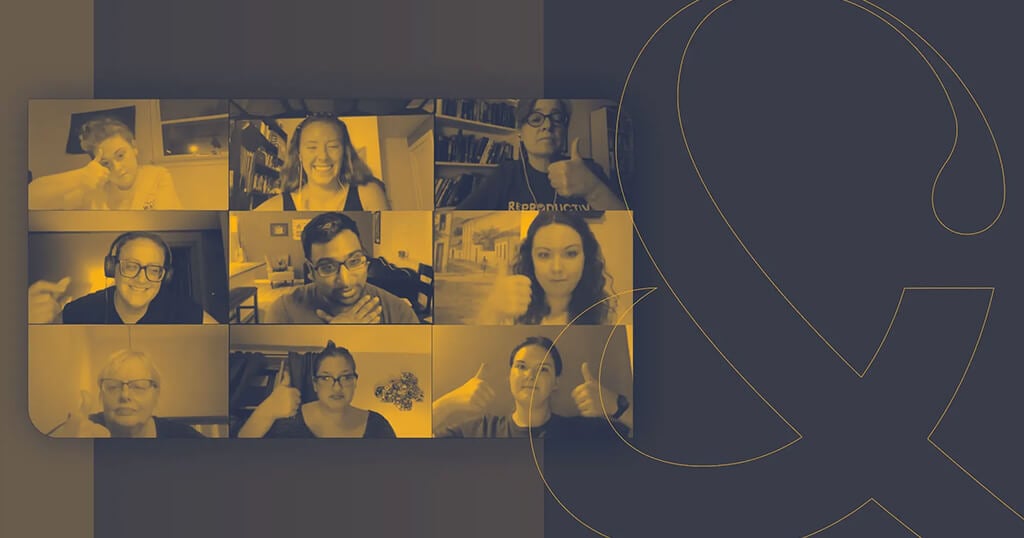 ASHEVILLE, NC – With Zoom fatigue kicking in, many find online event attendance dwindling, and online revenue hard to match. However, some innovative online event planners are helping nonprofits stay on track to meet and exceed their goals.

NARAL Pro-Choice America, a 2.5M member nonprofit, recently hosted a virtual event unlike any Zoom webinar they had done in the past. This online Activists’ Summit brought over 1,500 attendees together in an interactive space with multiple simultaneous trainings, networking sessions, expo booths, polls and other interactive features. Speakers included Senators Elizabeth Warren, Cory Booker, and Jeff Merkley. Having their first full-scale virtual conference being one that would closely match the in-person experience helped build attendee excitement and doubled the attendance rate of NARAL’s previous online events.

Attendees feedback highlights how some large events don’t always go smoothly: “I was SHOCKED at how well the technology worked for such a large audience. Truly, positively, amazed given that the first virtual Biden activity I attended a month or so ago was much more technologically compromised,” said Lisa from Tarpon Springs, FL.

However, the event’s “control center” was not in NARAL’s Washington, DC, headquarters, nor in the usual-suspect neighborhoods of Maryland and Virginia. It was in the unlikely environs of an Appalachian suburb in North Carolina, where partners Michelle Garrison and Daniel Moss, online event consultants at We & Goliath led a team of designers, developers, strategists, and videographers to pull off something that hadn’t been done before.

“While everyone is used to hosting a zoom meeting by now, putting together a full-scale conference online with a high production value is a whole other thing,” says Moss, their Co-Founder and Leader Strategist. “Not only are organizations confused about which event platforms and features they should use, but how to produce an online event that goes smoothly, looks great and is highly interactive.”

The founders of another training conference Organizing 2.0 were thrilled when they were able to get 7X their attendance in their first virtual conference, going from an average of 250 attendees in-person over 11 years, to 1,683 registrations online. The comprehensive and interactive online conference enabled Organizing 2.0 to maintain their same ticket prices as with their in-person event, offer many free tickets, and still more than triple their in-person revenue.

Like most events, fundraisers have gone virtual too. NARAL later worked with We & Goliath to merge two of their biggest fundraisers into one virtual event and was able to raise 1.3M in the campaign, including over $80,000 during the 1-hr live experience.

A smaller nonprofit, Equal Rights Amendment Coalition, asked We & Goliath to produce a panel discussion and celebrity-infused fundraiser with speakers including Alyssa Milano, Patricia Arquette, and Ilyasah Shabazz. Along with the live event, was an immersive hub optimized for donor conversions and driving their key actions like signing a petition to ratify the ERA, and an interactive tool where voters can see where their candidates stand on the issues.

“Though we’ve done event marketing for many years, these were the first times we launched large virtual fundraisers and they were quite a success,” says Garrison. “The means to that end is powerful content, beautifully presented, that builds a sense of togetherness. Then, creating excitement and demand for that content.”

The We & Goliath brand, which was created last year as a merger of two small digital agencies, is a nod to author Malcolm Gladwell’s retelling of the David and Goliath battle of biblical fame… Gladwell says David wasn’t an underdog because he knew he’d win after training with his sling to protect his sheep for many years. “We all face Goliaths at some point, but we don’t all have the skills or tools to tackle them on our own,” says Moss. “Let us be your secret weapon.”

We & Goliath is a beautique virtual event consultancy helping mission-driven organizations to create virtual experiences that are remembered and enjoyed. Each of We & Goliath’s senior consultants has nearly 20 years of experience with event marketing and production, including virtual and in-person summits, conferences, festivals, workshops, tours, rallies, fundraisers, and retreats. Our goal is to create virtual experiences that spark conversations, inspire community, close deals, and accomplish huge missions.

Need Some Advice on Hosting an Event?

Let our event experts help you decide which platform and production style are right for you, and how to attract the audience, speakers and sponsors you need to succeed.

How to Host an Impactful Virtual Conference Event or Summit